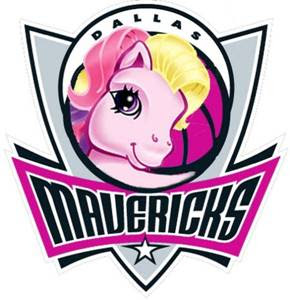 Sure, it's not fair. I didn't see a minute of the series and didn't even know Dallas had even been ousted from the series until this morning. And without looking up the stats, I'd guess that the Mavs have won about 130 more games than the Sixers over the last four seasons.

But still. Golden State? Between Dirk and Romo, Dallas might be replacing Houston as Choke City.

We're also seeing pink Stars around here. This is the third straight year the Stars have been booted in the first round.