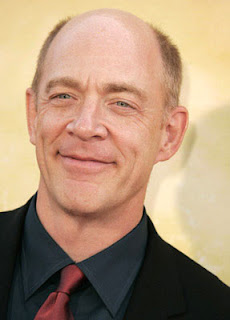 Has anyone else noticed that USA’s Al Trautwig and J.K. Simmons might actually be the same person? It’s a little eerie. I keep waiting for him to tell Jim Courier that “Sure, Agnes Szavay may have been able to technically tell right from wrong, but her wiring is so screwed up that she may not even have known where she was at the time of the murder.”

Then Courier says, “So bottom line, we offer her a deal?”

I digress. Tuesday’s Henin-Serena match was pretty impressive stuff. Serena only really showed up for a few games late in the first set and after she blew her set point, wasn’t present enough to stay with Henin. I wonder if at this point Henin is up in her head the way Federer is in Roddick’s.

Speaking of which . . . Andy Roddick is something of an acquired taste and in his current incarnation, Roddick 3.0, he’s one of the more interesting players on tour to watch. From the moment he comes out of the tunnel, he looks like a bull, pawing at the ground, waiting to charge. He takes almost no time between serves—he barely even sits down on changeovers. He’s almost Agassi-like in his between-point speed. (Roddick and Agassi could probably rip through five sets in about an hour forty-five.)

That’s all born of aggressiveness and Roddick is about as purely offensive player as you’ll ever see. What Connors has done is get him committed to staying on offense, every point, no matter what. From the moment Michael Barkan starts yammering to him in the tunnel, he wants to get it on. And you’ve seen that with Roddick the last couple years. He looks like he thinks he can beat anybody.

Except, of course, for Federer. Roddick has no chance against him. You know it. He knows it. The American people know it. It’ll be interesting to see how Federer beats him tonight.

Update: Agassi, doing a guest commentary stint, notes before the match that every time a rally goes over six shots, "Andy might as well hit the ball into the stands." So brutal. So true. I'd love to see a stat on points one per #-shot-rallies after the match.

Update 2: Through a set and a half they've had about 15 6+ shot rallies; Roddick hasn't won any of them.

Update 3: If you're still awake and you aren't tuned in to Roddick-Federer, flip it on now. We're at 1-1 in the third and there hasn't been a break of serve yet--heck, there's only been one break chance, even. And these two guys are playing total Rock 'n' Roll tennis--hit the ball as loud as you can. To be honest, I don't know that I've ever seen a bigger pure slug-fest.
Posted by Jonathan V. Last at 6:35 PM

I just googled Al Trautwig and JK Simmons and found this link. They SOUND alike as well as look alike. They must be cousins...