Just to tidy up a few things: 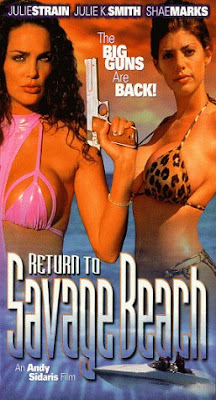 * After seeing the Tom Cruise as Batman item, GS Reader P.G. wrote in with this observation:

I watched the Cruise video and came away extremely depressed to learn that Frank Mackey was not an act or a character at all, he was “Tom Cruise: Scientologist”. The greatest performance in Cruise’s career was just him being himself.

It’s like the world is flipped upside down. Frank Mackey is no longer a brilliant performance, and every Cruise character that is halfway normal should now be considered for an oscar retroactively. Clearly the guy is batshit insane, any character he plays on screen that comes across as normal should be taught in a master class on acting.

So true. I've always said that Cruise was an under-rated actor.

Pats vs. Giants: I’m pulling for a meteor. Actually, that’s not true, I’m pulling for a meteorite. I know, I know--think of the collateral damage. But that’s the beauty of the game being in Arizona: There won’t be any. Arizona before meteorite--barren wasteland/desert. Arizona after meteorite--barren wasteland/desert with a big hole in it. (Maybe, Arizona Tourism Board could attract plug it as the “New Grand Canyon.”)

I really can’t choose a team to root for, though. So instead, I'm pulling for Eli to have a historic performance (either 10 TDs & no picks or 5 first have Ints) because I think that would be fantastic.

* 10 TD game--Imagine Eli’s MVP speech: “Hey, Tiki, who’s soft now?” “Look dad, I already have as many Superbowl rings as Peyton, now do you love me?”

* 5 first half Ints--Giants first play of the 2nd half “Eli drops back, throws, & misses his receiver. Let’s look at the replay, wait something’s happening--Eli’s wandering around on the field taking off his uniform & pads, and I think, yes, it looks like he’s crying.”

Let's just be clear, I can't claim to be an eyewitness. Pure hearsay.

Buff in the buff? That's not how I roll.