A restored version of the BBC Pride & Prejudice is coming to blu-ray (sans zombies).

The screencaps on Amazon suggest that a very nice job has been done, not only remastering the print but even better--restoring the aspect ratio to the native film it was shot in, as opposed to the grotesque 4:3 which it was broadcast in. Take a look: 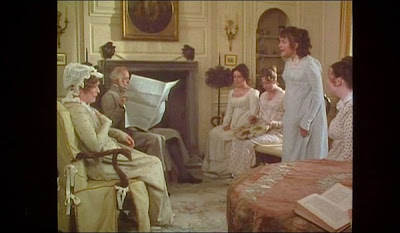 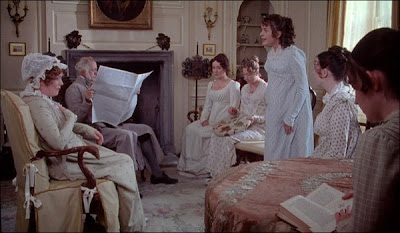 By the by, my local Fox affiliate is now broadcasting Seinfeld re-runs in similarly remastered, gorgeous hi-definition. Before they had simply stretched the old 4:3 versions, making Jerry, Elaine, and the gang look like fun-house versions of themselves.
Posted by Jonathan V. Last at 8:29 AM

I'm going to have to get a blu-ray player now.

runescape money We never rest so that we can offer you the best. We're here 24 hours a day, 7 days a week. Get the most out of your game time and level with the best!

... restoring the aspect ratio to the native film ...Blu-ray and 16mm versions both look cropped. Look at the top and bottom of the 4:3 stills and compare to the Blu-ray.

I agree on the vertical cropping. It's better looking than the 4:3 cropped version, but why can't they just pick the largest size that fits without any cropping? Why are they letting screen ratios dictate how much of a previously-produced image we see?

And I just checked on Seinfeld, and per Wikipedia (as of this minute), they're going HD by 'vertical cropping' a true 4:3 product:

"Seinfeld in HD
The cable superstation TBS has recently begun airing Seinfeld in true high-definition. As Seinfeld was filmed on 35 mm film, natively a 4:3 format, Sony Pictures had to crop out top and bottom parts of the frame in order to conform to the 16:9 aspect ratio of high-definition television.[60] Amazon.com lists season 1 of Seinfeld in Blu-ray, though no release date has been announced.[61] Nine Network in Australia also airs reruns on High Definition."