The Truth About Cats and Dogs 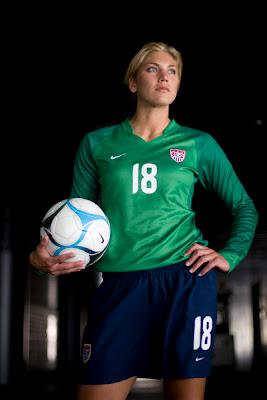 Exhibit #16,317 on the undeniability of gender differences: You remember the Greatest Team You Never Heard Of--they finished third at the women's World Cup after the U.S. coach made the bizarre decision to bench his starting goalie, Hope Solo, who he had ridden to two straight undefeated years in favor of 36-year-old former star Briana Scurry. Coach Ryan's explanation, that Scurry had a better lifetime record against Brazil, was basically the same argument Mr. Burns used in substituting Homer for Daryl Strawberry ("But skip, I'm five-for-five with five home runs!").

Brazil blew out the U.S., Scurry was terrible in goal--bad enough to have lost the game for the Americans even if nothing else had gone wrong. And after the game Solo let out a mild rant, saying, "It was the wrong decision, and I think anybody that knows anything about the game knows that. There's no doubt in my mind I would have made those saves. And the fact of the matter is it's not 2004 anymore. It's not 2004. And it's 2007, and I think you have to live in the present. And you can't live by big names. You can't live in the past. It doesn't matter what somebody did in an Olympic gold medal game in the Olympics three years ago."

Harsh but, then again, truth is an affirmative defense. Not only was Solo right, but just about everybody in sports paying attention had said as much (or more) both before, during, and after the game.

But here's where it gets weird: The women on the team got upset with Solo . . . and then they voted not to let her play in the consolation game against Norway.

That's right, a group of quasi-professional athletes were so upset at the off-the-field comments of another player that they took it upon themselves to demand that the player be benched. And the coaching staff went along with it!

I submit to you that this sort of behavior is basically unthinkable in men's sports. (Try imagining this story in the context of an NFL team.) It shows a complete, polar-opposite understanding of competition, comradery, authority, and the importance of winning. Mind you, I'm not making any value judgments here: the women's view may well be the morally preferable one.

But they couldn't be more different.
Posted by Jonathan V. Last at 7:11 AM

I'll make a judgment. I don't know the incident first hand - relying on your description. Based on that, it's a case of groupthink and censorship, which is the danger that the female desire for affiliation can easily morph into. The male ethics - which combine teamwork when it's focused on the job at hand, but leave plenty of distance for individuality elsewhere are clearly preferable for organizing and running public life. Orwell got the gender wrong - it's Big Mama who's watching.